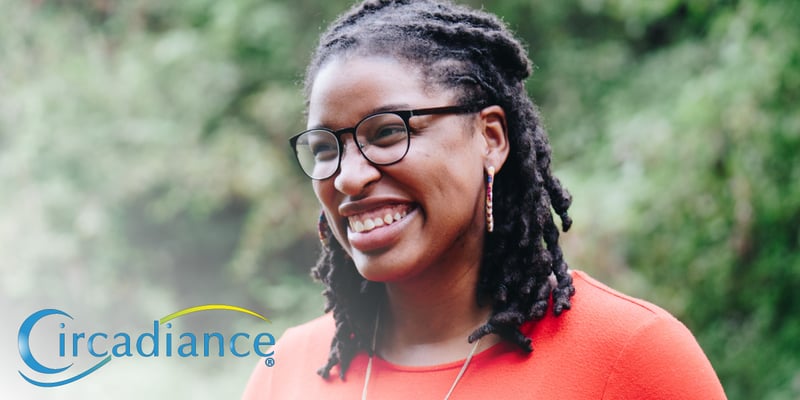 Lifting the Veil on the Magic of CPAP Therapy

Positive airway pressure (PAP) therapy is the gold standard and most widely used treatment for obstructive sleep apnea (OSA). Since the commercial appearance of the device in 1985, it has basically consisted of a box with a fan in it delivering room air to the lungs through a mask on the face. But if you take a closer look, the mechanisms by which it acts on a patient is rather dramatic and the subject of this edition of the Circadiance blog 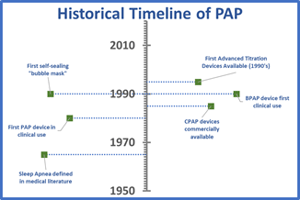 PAP is a generic term applied to all therapies that use positive air pressure to create a “pneumatic splint” to open the upper airway. In today’s blog, we will establish a framework for how the anatomy of the upper airway contributes to SRBDs and introduce the different types of PAP therapy that have been developed to restore normal breathing. We will also provide an understanding of how these devices interact with the upper airway to produce salutary health benefits.

Anatomy and function of the upper airway 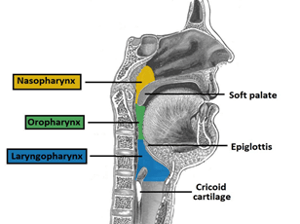 The upper airway, also called the “pharynx,” is a narrow and complex area behind the mouth and nasal cavity. It is known as “the conducting zone” of the respiratory system. For patients with sleep apnea, the most consequential areas are the nasopharynx, the oropharynx, and the laryngeal pharynx. In terms of preventing the obstructive breathing events described previously, the goal of PAP therapy is to prevent collapse at any of these three points. The point at which the upper airway collapses is called the critical closing pressure, and it can take place when: a) the internal pressure of the pharynx falls below the area surrounding it as a result of an increase in fatty tissue; b) there is a reduction in the diameter of the airway, which can also be affected by fat deposits; c) flow through the airway is reduced either by upstream blockage in the nasal passages or downstream because of reduced lung function.

Apnea, a word derived from the Ancient Greek a- “absence of” + -pnoē “breathing”, is the cessation of breathing caused by a narrowing of the upper airway that PAP therapy is designed to treat. Hypopnea refers to a reduction in breathing that also impacts sleep, from hupo- “under”. Both Apneas and Hypopneas are breathing events that result from obstruction of the airway and can be treated safely using CPAP therapy. Below is an illustration of how the flow of air can look to a technologist during PSG (Polysomnography).

Snoring is also an obstructive breathing event that can have clinical implications. Above is a demonstration from a PSG. It is associated with OSA but can occur independently as a result of airway vibrations that typically range from 60 to 80 decibels in intensity. As a point of reference, a vacuum cleaner typically emits a decibel level of 70 and a chainsaw, 100. Hearing damage can result from prolonged exposures greater than 80 decibels. There was a story in the news recently about a grandmother of 4 in the U.K. recorded with a snoring level of 111.6 decibels!

It is not unusual for a sleep technologist to observe hundreds of respiratory events during a single night of sleep. In my experience as a sleep tech, I have seen patients stop breathing as long as two minutes straight, though most breathing events last around 10 seconds before awakening. Typically, the total number of Obstructive and Central Apneas and Hypopneas are combined to yield an Apnea-Hypopnea (AHI) “Index” which is the average appearance of events per hour of a sleep period of a Polysomnography (PSG) recording.

During Therapeutic Polysomnography (PSG), a sleep technologist has a number of PAP devices that with treatment settings determined manually or by use of internal device algorithms. Depending on the physiologic, logistic and psychologic needs of the patient, there are a variety of PAP therapy modes to choose from. 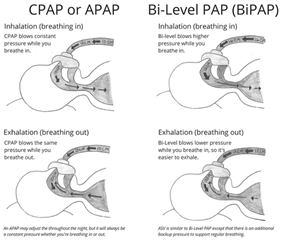 Most sleep patients experience a reduced or blocked flow of air due to an obstruction by muscles and tissues of the upper airway as defined previously. For these groups, a fixed flow of positive air, called Constant Positive Airway Pressure (CPAP), is all that is needed. Alternatively, a PAP device with independently fixed inspiratory and expiratory positive airway pressures (called “IPAP” and “EPAP” pressures, respectively), known as Bi-Level Positive Airway Pressure (BPAP), can also be effective. With BPAP, the pressure during inhalation is higher than during exhalation period of your breathing cycle. In a version called Auto-CPAP (APAP) or Auto Bi-Level (ABPAP), an internal algorithm within the machine can be used to “auto-titrate” effective pressures. APAP has seen the greatest increase in usage, compared to any other type of PAP therapy, during the COVID-19 pandemic as sleep centers have shifted to the use of telehealth methods that allow for remote patient consultations, diagnosis, treatment, and mask selection.

Untreated Sleep Apnea is associated with increased rates of obesity, type II diabetes, high blood pressure, heart disease, stroke and practical consequences in daily life such as traffic accidents, safety incidents in the workplace, falls, lost productivity at work, mood swings, waking up feeling groggy and falling asleep in class. One study, shown in this mortality risk graph, calculated how severely shortened the lifespan may be for someone with sleep apnea, especially as severity increases. 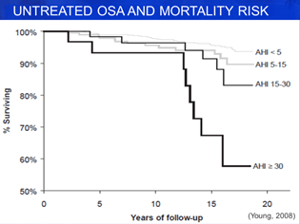 One way to think of sleep apnea is that it has a cumulative effect on the cardiovascular system similar to having a heart attack, but over the lifetime instead of as an acute event. This effect results from the burden that breathing pauses have on the level of oxygen (i.e., reduced) and carbon dioxide (i.e., increased) in the blood, which force the heart and lungs to work harder to keep oxygenated blood going to vital organs. The effect is not immediate, but when someone is having hundreds of breathing events per night, sleeping one-third of their life, that is a significant stressor!

PAP therapy relieves that pressure on the cardiovascular system through its effect on the airway, and can begin to immediately reverse some of the effects of sleep apnea after the first night of use. Any sleep technologist will tell you that the best part of the job is being able to give a patient their first, restorative night of sleep in memory. And lifting the veil that keeps patients from living life to the fullest, and longest. That is the real magic of PAP therapy!